How JFK Found Happiness in the Presidency 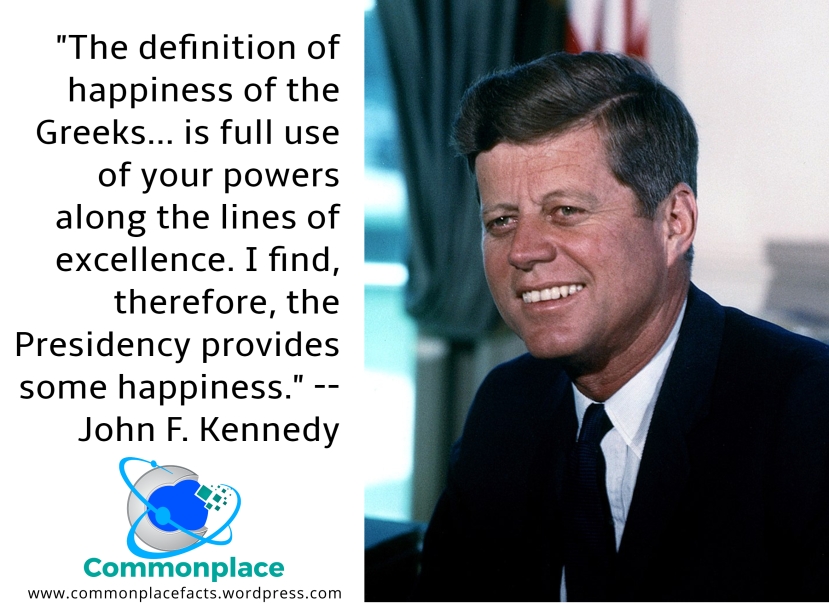 On October 31, 1963, John F. Kennedy held one of his final press conferences. A reporter reminded him that she had once before asked him toward the beginning of his presidency whether he enjoyed being President. She said, “Now you have had a chance to appraise your job and why you like it and why do you want to stay in office four more years.”

Kennedy’s response gave great insight into why he sought the job that so many had found to be horribly taxing and troublesome. He said, “Well, I find the work rewarding…. As far as the job of President goes, it is rewarding and I have given before to this group the definition of happiness of the Greeks, and I will define it again. It is full use of your powers along the lines of excellence. I find, therefore, the Presidency provides some happiness.”