Nikola Tesla and the Pigeon of Doom 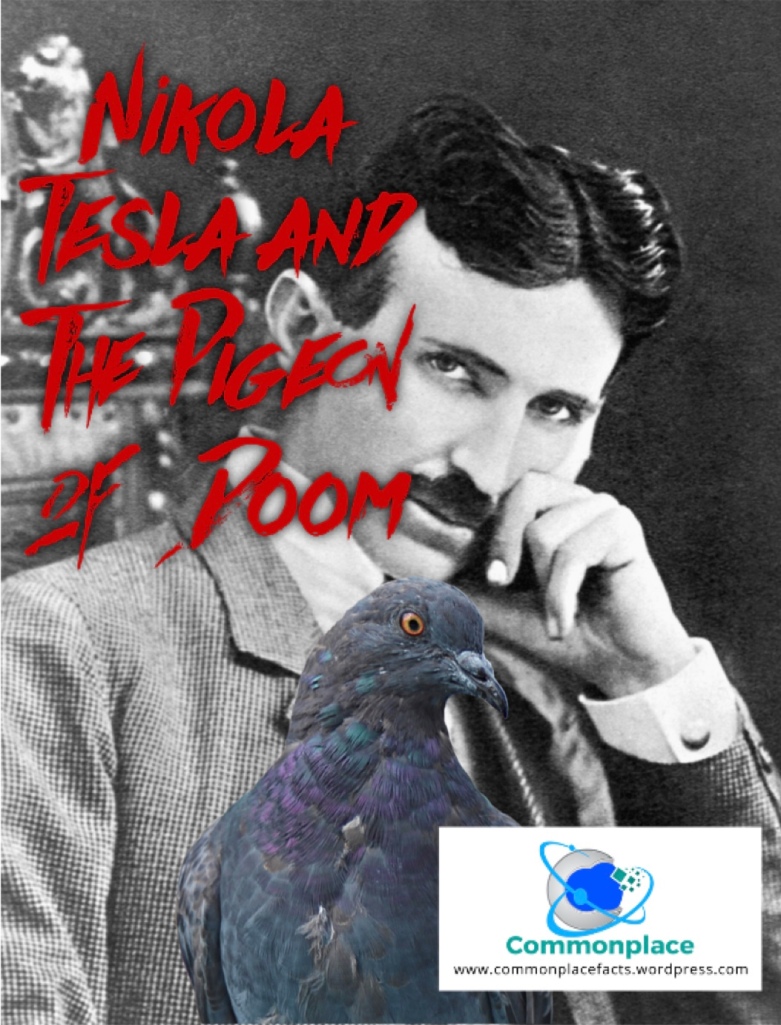 Nikola Tesla is one of the most intriguing and enigmatic characters of the modern age. His genius and eccentricity have sparked countless discussions concerning his contributions to science and his wasted opportunities. Unquestionably, his social graces were deficient, at best. What he lacked in people skills, however, he more than made up for with his passion for pigeons.

To gain some insight into his level of patience for people, we need only look to this report from the New York Times, dated August 5, 1901, recounting Tesla’s reaction when interrupted by a woman who was seeking a donation to a special cause:

The special representative began a voluble recitation of the virtues of her association. [Tesla] listened silently for a space of three minutes, and then, with dreamy, averted eyes and that characteristic “over-the-hills-and-far-away” voice, said gently:

“My dear madam, what would you take to go away just now and not come any more again while your – your association shall last?”

“It is well.” said the tall man with the impressive face. “Tomorrow.” Taking the card that had been trembling in the fat fingers, “tomorrow I will send you my check if you go and do not come again, and if you send me not one of those papers you speak of, or any of the advantages you mentioned. Good day, madam; I thank you!” And Tesla returned wearily to his many-mooned computations while the special representative found her way back to the freight elevator in an uncertain frame of mind.

Tesla’s eccentricities extended well beyond his dislike of human interruption. He had a phobia of round objects (possibly trypophobia, which means “fear of holes” in Greek), and he hated human hair, jewelry, and anything that was not divisible by three.

When it came to pigeons, however, you wouldn’t find a bigger fan than Nikola Tesla. He loved the birds and fed them from his hotel room window, encouraging them to come right into his room. He even picked up sick and injured pigeons and brought them to his room to nurse them back to health. There was one pigeon, in particular, for whom Tesla developed special affection. Writing about the bird, he said, “I loved that pigeon as a man loves a woman, and she loved me. As long as I had her, there was a purpose to my life.”

One night in 1922, Tesla’s favorite pigeon flew into his hotel room, and Tesla knew at once that something was wrong with her. He believed the bird had come to tell him she was dying. He recalled seeing “two powerful beams of light” in the bird’s eyes. “Yes, it was a real light, a powerful, dazzling, blinding light, a light more intense than I had ever produced by the most powerful lamps in my laboratory.” The pigeon died in the grief-stricken inventor’s hands. Tesla said at that moment, he knew that he had finished his life’s work.

As it turned out, he had another 21 years to live, but his life was increasingly erratic. He was forced to sell off his rights to numerous inventions in order to make ends meet. As documented here, he even resorted to paying off his hotel bills with a fake “death ray.” Perhaps the enigmatic message in the dying pigeon’s eyes had some validity, after all.