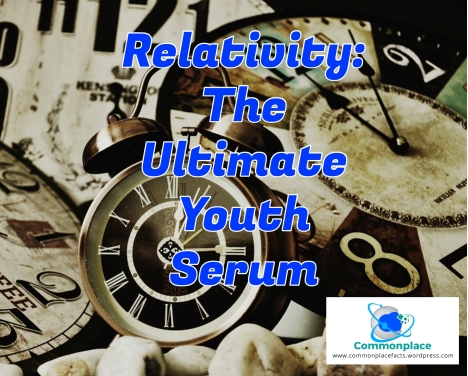 Mankind has been seeking a way to slow down aging since the very beginning. As it turns out, the best way to slow time is to move faster.

In expressing his special theory of relativity, Albert Einstein showed there is a difference in the elapsed time measured by two clocks as a result of one of them traveling at a faster velocity than the other. This phenomenon is known as time dilation.

For this to be significantly noticeable, the velocity in question will need to be pretty fast. How fast is “pretty fast”? The International Space Station orbits the earth at 4.76 miles per second (7,700 meters per second). An astronaut aboard the ISS will age 0.005 seconds less than those who remain on earth. So, admittedly, spending your days aboard the ISS may not be the most efficient way to lengthen your life. You would, after all, need to spend 100 years at ISS speeds to jump ahead by a total of one second. 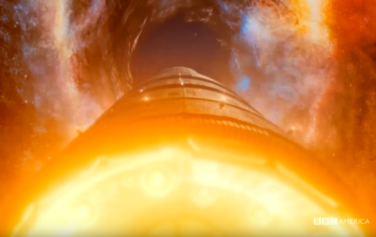 A ship caught in the gravity well of a black hole from the Doctor Who episode “The World Enough and Time.”

Gravity also makes a difference in the passage of time. Like speed, gravity also slows time. This was a central element of the Doctor Who episode “World Enough and Time,” in which a huge spaceship trapped in the gravity well of a black hole experienced dramatically different rates of time passage from one end of the ship to the other. The practical result of this for us is that satellites in higher orbits age more quickly. Global Positioning System (GPS) satellites lose 7,214 nanoseconds each day, due to special relativity effects.

In case you are interested, there is a point — 1,972 miles (3,174 kilometers) above the earth’s surface — where the effects of increased speed and reduced gravity cancel each other out. As long as you remain in that zone, you are exempt from relativistic influences, at least in comparison to those who are on the earth.

Speaking of gravity, you should also know that there is a downside to seeking eternal youth through high-speed travel. Those who are trying to watch their weight should be advised that the faster you move, the greater your inertial mass becomes. Theoretically, if you reach the speed of light, your mass will become infinite. You may not age, but you will weigh more than the rest of the universe, combined.