The Tragic Tale of Pythagoras and the Deadly Beans 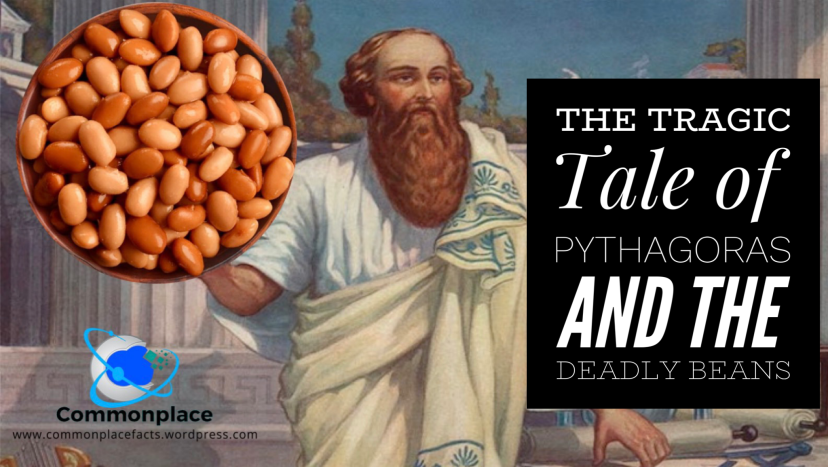 Pythagoras (c. 570 – c. 495 B.C.) is most-commonly remembered for the geometric formula that bears his name. What is less-well remembered about him is the way beans contributed to his untimely death.

During his life, Pathagoras developed a cult following. Known more for being a philospher and mystic than a mathematician, he espoused a philosophy of life called Pythagoreanism. Those who embraced his philosophy had to follow some rules that many of us would find rather peculiar. They could not, for example, use public roads, bake bread, or put on the left shoe before the right.

Following these rules was a very serious matter. If any of Pythagoras’ disciples violated a rule, that person ran the risk of being expelled from the fellowship by means of a mock funeral. From that point forward, the offending individual was treated as if he were dead.

One additional rule of the Pythagoreans: they could not eat beans. This rule is very important for understanding how Pythagoras met his end.

What was his problem with the bean? Pythagoras believed the bean contained within it a new view of the cosmos. Eating the bean or even interacting with one ran the risk of allowing it to infiltrate into every aspect of the person’s beliefs and improperly tying the individual to the world. Additionally, Pythagoras taught that everyone should strive toward tranquility, harmony, and peace. Nothing disrupts the tranquility, harmony, and peace of others faster than having someone eat a plate full of beans. The gurgling, rumbling, and even ruder sounds produced by the digestive system after eating beans was nature’s way of protesting such an offensive practice.

It is this abhorrent view of legumes that brings us to Pythagoras’ last day. For reasons that have not been fully explained, he found himself being chased by an angry mob. Pythagoras fled the attackers, but wouldn’t you know it, when he looked up, he found himself trapped between the mob and a bean field.

Given the choice between facing the unruly ruffians or making contact with the dreaded bean, Pythagoras did the only thing his philosophy permitted. He turned his back on the beans and met his death at the hands of the mob.

Pythagoras died a violent death, but at least his heart — and his intestines — were at peace.

Read how Aeschylus died because of a nearsighted eagle.