The Rough Rider was an Inked Rider 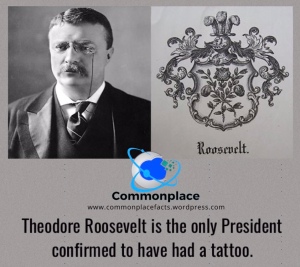 President Theodore Roosevelt is the only president confirmed to have had a tattoo.

Theodore Roosevelt, who was famously known as the Rough Rider, bore a tattoo image of his family crest across his chest.