Visit the Monument to the Giant Octopus Attack — That Never Happened 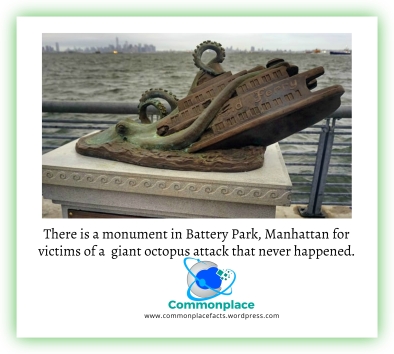 Who can forget the tragedy when the passengers of the ferry Cornelius G. Kloff met their watery deaths in the clutches of a giant octopus? You need only gaze upon the horrifying image at the Staten Island Ferry Disaster Memorial, and you can practically hear the frantic screams of the 400 victims as the boat is pulled underwater by the mammoth beast’s enormous tentacles.

What’s that you say? You don’t remember hearing about the most mysterious maritime disaster in Staten Island’s history? Maybe that’s because you haven’t visited the Staten Island Ferry Disaster Memorial and Museum. Or maybe it’s because the actual events that inspired the Memorial never actually happened.

Joseph Reginella remembers taking his 11-year-old nephew on a ferry ride between Manhattan and Staten Island when his nephew asked him if the waters were shark-infested. Reginella answered, “No, but you know what did happen in the 60’s? One of these boats got pulled down by a giant octopus.”

“The story just rolled off the top of my head,” he said, and it evolved to become “a multimedia art project and social experience – not maliciously – about how gullible people are.”

Reginella’s story developed into six month’s of labor, developing the evidence to support his fable. The end result was a 250-pound monument, depicting a Staten Island ferry, the Cornelius G. Kolff, being dragged under the waves by a giant octopus. The monument is part of a multi-layered hoax that includes a website, a documentary, fabricated newspaper articles and glossy fliers directing tourists to a phantom Staten Island Ferry Disaster Memorial Museum, across the harbor.

When people ask why they hadn’t heard about the disaster before, Reginella points out that it took place on November 22, 1963, and was overshadowed by the assassination of President John F. Kennedy.

As visitors gaze over the waters and solemnly ponder the tragic end of those helpless passengers, little do they know they are, themselves, victims of fake news. 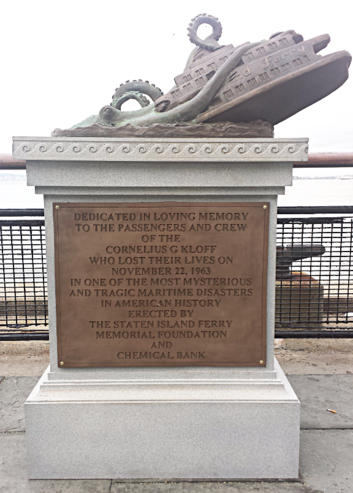