Nothing Says, “I Love You” Like Your Husband’s Severed Head in a Bag 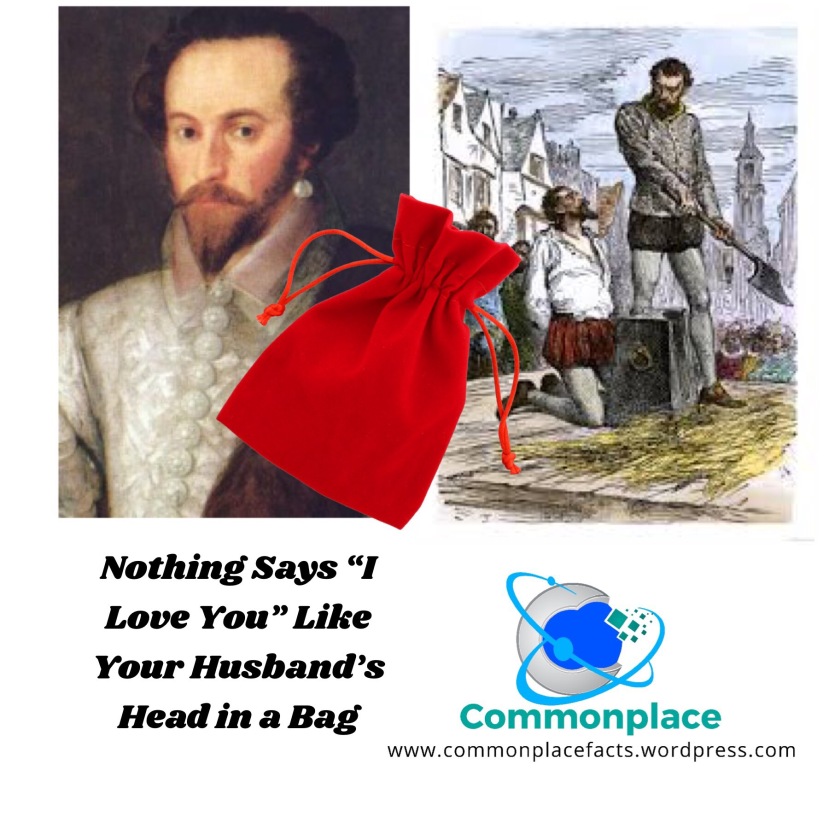 Sir Walter Raleigh’s life came to an end on October 29, 1618. On orders from James I, the executioner took Raleigh’s head from his shoulders (although needing two strikes of the axe to finish the job). It then fell to his wife to bury his body — well, most of it, anyway. Having removed Raleigh’s head, the executioner placed it in a velvet bag and presented it to the widow, Lady Raleigh.

Lady Raleigh showed her undying love for her husband in many ways. She never remarried, and always kept his memory in her heart — and his head not far away.

After the execution she had her husband’s severed head embalmed, and she kept it nearby for the next 29 years of her life.

Some reports say that on social occasions she would remove the head from its velvet bag and put it in a glass case so visitors could pay their respects.

History remembers Sir Walter Raleigh for being the man who rose to great heights as a favorite of Elizabeth I, only to fall to great depths under her successor.

Lady Raleigh, on the other hand, chose to remember her husband when he was a head.

Lady Raleigh was not the last famous person to have difficulty letting go of a deceased spouse. To read about the former First Lady of Argentina, who inspired the musical Evita, click here.