The Gift That Didn’t Please His Wife

Cecil Chubb (1876-1934) was in the market for the perfect gift for his wife and thought he found just the thing. Apparently thinking that her love for “big stones” meant something other than diamond jewelry, Chubb purchased Stonehenge for her.

Since he had no other use for it, Chubb chose to donate Stonehenge to the government of Great Britain, subject to the following terms: 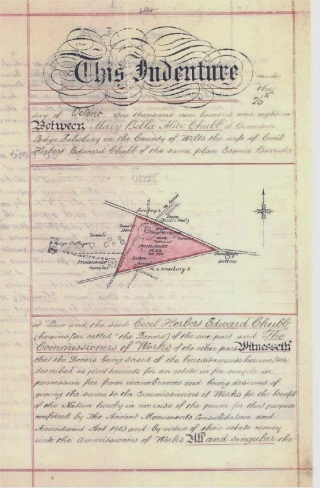 First that the public shall have free access to the premises hereby conveyed and every part thereof on the payment of such reasonable sum per head not exceeding one shilling for each visit and subject to such conditions as the Commissioners of Works in the exercise and execution of their statutory powers and duties may from time to time impose Secondly that the premises shall so far as possible maintained in their present condition Thirdly that no building or erection other than a pay box similar to the Pay Box now standing on the premises shall be erected on any part of the premises within four hundred yards of The Milestone marked “Amesbury 2” on the northern frontage of the premises and Fourthly that the Commissioners of Works will at all times save harmless and keep indemnified the Donors and each of them their and each of their estates and effects from and against all proceedings costs claims and expenses on account of any breach or non observance of the covenants by the Donors to the like or similar effect contained in the Conveyance of the premises to the Donors.