Humor — It Really Is Rocket Science 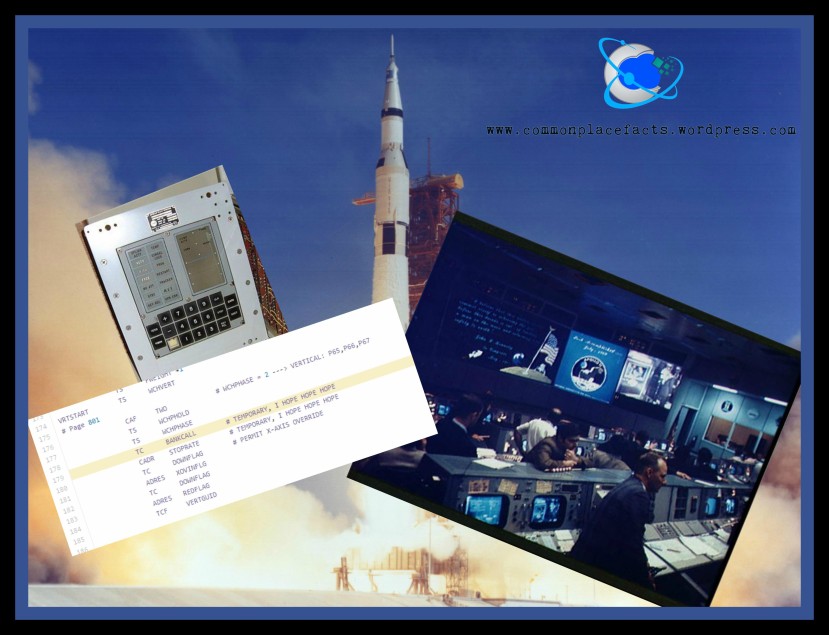 A lot of brains are needed to get a man to the moon and back, but a little bit of humor doesn’t hurt, either.

The computer program used to guide the first astronauts to the moon was massive. Perhaps that ‘s why it took nearly fifty years for the public to begin to discover the 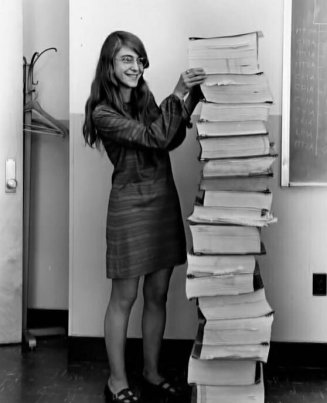 Margaret Hamilton stands next to the source code she wrote for the Apollo 11 moon landing.

lighter side of NASA rocket scientists. When the entire source code was published online, reviewers began to discover “Easter eggs” throughout the programming.
Computer programmers frequently leave comments within the program to explain the purpose of particular portions of the commands. Occasionally these comments are laced with irony, and sometimes they appear to have no purpose whatsoever. Consider these gems from Apollo 11’s source code: 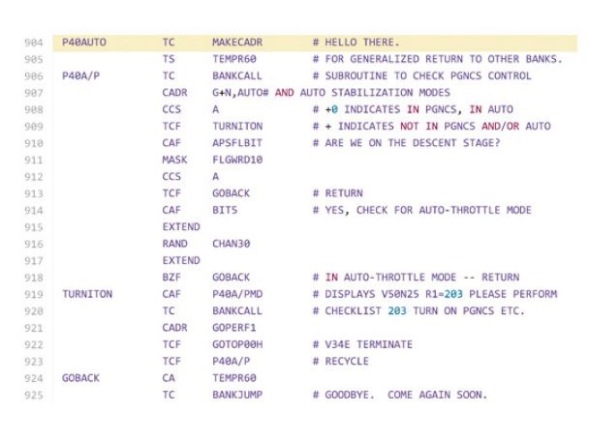 A few hundred lines into the program, a programmer included the line, “HELLO THERE”, followed a few lines later with “GOODBYE AGAIN SOON.” 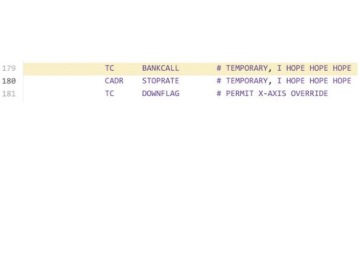 A “temporary” couple of lines ended up becoming permanent 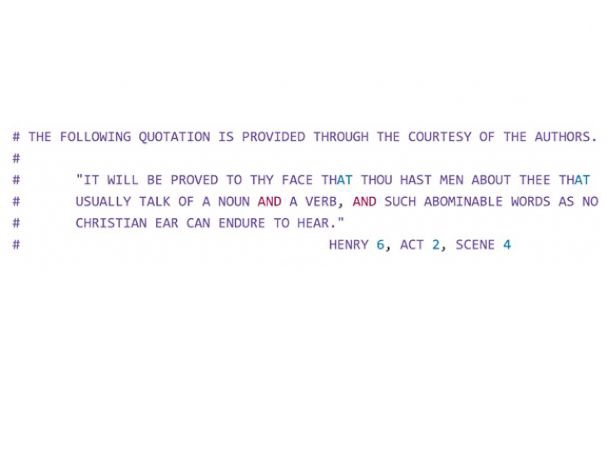 A quotation from Shakespeare’s “Henry VI” appears for reasons that seem to be known only to the programmer who added it. 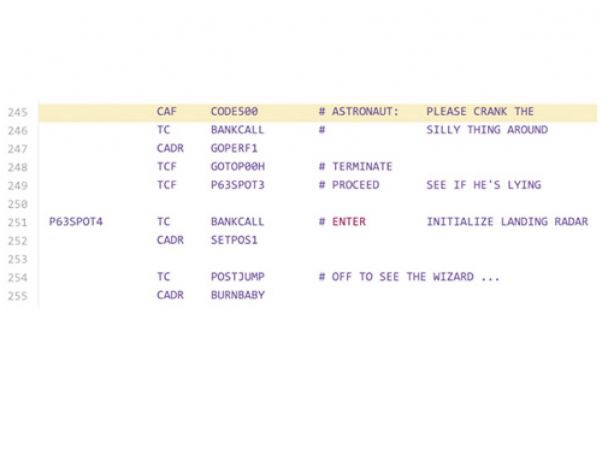 Programmers include a provision to instruct the Apollo 11 astronauts to “PLEASE CRANK THE SILLY THING AROUND” and “SEE IF HE’S LYING” before going “OFF TO SEE THE WIZARD.” 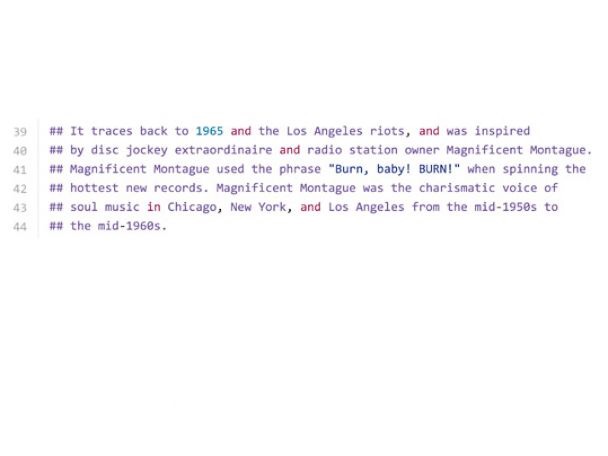 One of the source code files is entitled “Burn_Baby_Burn–Master_Ignition_Routine.” The opening comments in the program explain why.