Welcome to the Heat Ray of Death Building 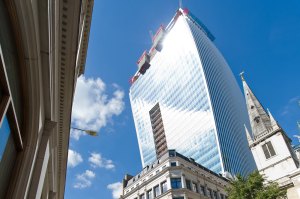 Because of the concave, reflective shape of the structure, light is reflected and focused in an intense beam of light that can rapidly reach temperatures approaching 200 F (93 C). 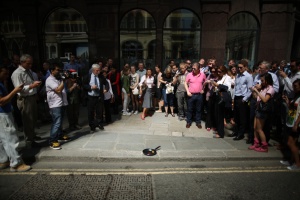 Crowds gather as a television crew try to fry an egg as the sun glares down from the “Walkie Scorchie”.

The heat has been demonstrated to be sufficient to fry an egg, melt plastic bottles, and fuel a hog roast. A less-amusing demonstration of the building’s heat ray occurred when plastic chairs in a nearby cafe melted, and a portion of a Jaguar car melted after being in the wrong place at the wrong time.