Keep Track of All Participants in Your Conversation 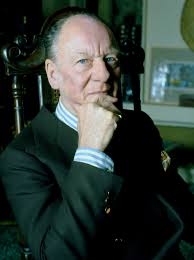 The distinguished British actor Sir John Gielgud sometimes lost track of the identity of the person with whom he was speaking. This occasionally generated some awkwardness.

Once, while dining in a restaurant with a playwright, Gielgud spied someone he thought he recognized. “Did you see that man just coming in?” he asked his companion. “He’s the biggest bore in London, second only to Edward Knoblock.”  At that moment he remembered that Edward Knoblock was in fact the man sitting across from him. “Not you, of course,” Gielgud quickly added. “I mean the other Edward Knoblock.”
Another time he said to Elizabeth Taylor, “I don’t know what’s happened to Richard Burton. I think he married some terrible film star and had to live abroad.”
source